During the entire time of MCO we did make ourself a promised at least a day trip to Fraser's Hill after the lockdown have ease. So now with RMCO we decided to head up the hill station to fullfill it. After so many month without birding we are also keen to know how thing is and for me it will be great to document more mix flock in the country. Long time ago I did mention Fraser's is like my second home considering the amount of time I spent birding up there. Here is a look on there POST
Anyway, we headed up there early in the morning but of coz after grabbing breakfast in KKB town. Reach the gap early in the morning was great. Greeted by a few species of birds including, 2 species of malkoha and a Orange Breasted Trogon. This spot I must say an excellent place for Orange Breasted Trogon with nearly 90+% success rate there. This make me a happy man.
Moving a little higher was this Mountain Imperial Pigeon which flew pass the car and directly to a perch next to the car. Believe me when I say Prime Lense is the worse at that point. I park a little higher and walk down to photograph it. Later I found that there was not one but actually a pair showing evidence of nesting. One of the photo are without any crop and resize. 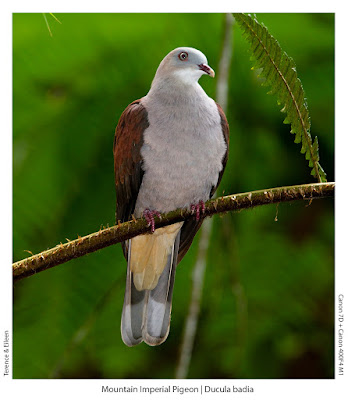 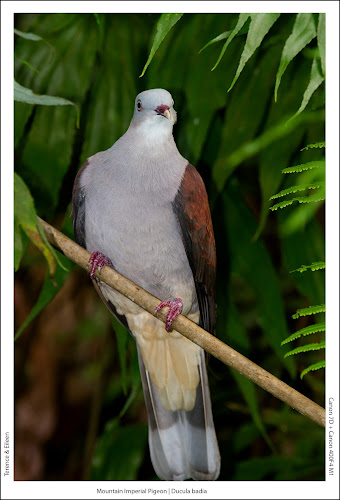 Up in Fraser's I got my first Mix Flock. The group was called in by Silver Eared Mesia well the bad part is that usually this species who took the role of gathering usually ended up with smaller flock. Nevertheless some of the species turn out are such as in below. 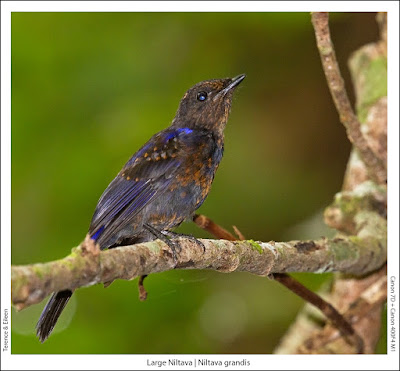 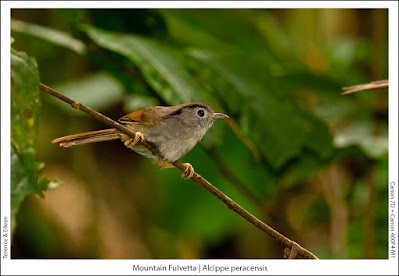 I decided to go to a place which is easy for birding and photography,,,,, eerrrmm more like both of us are lazy to walk actually. However our laziness did pay off with greeting party of the Red Headed Trogon. I saw both male and female and later found that they too are evidence of breeding. Jaw drop. 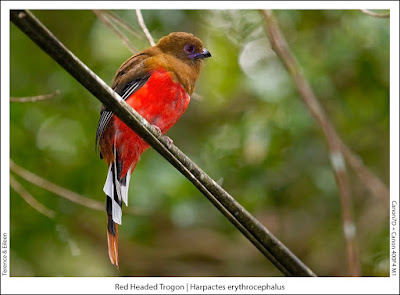 Fine with that excitement I thought it will be great to just go for some locality commoner. Then we come across this Rufous Browed Flycather. A pair was observed and one of it was with ring on the leg. Hapily I found another one without the ring. Both have food in their mouth. It was later found that the pair are also breeding. what a day 3 nest in one day. 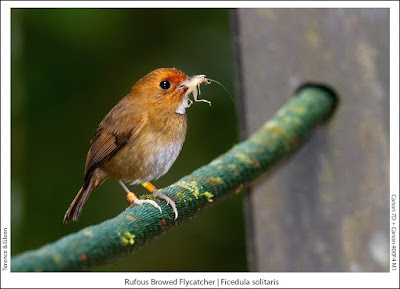